Far Be It from Me!

Moreover, as for me, far be it from me that I
should sin against the LORD in ceasing to pray for you; but I will teach you
the good and the right way. (1 Samuel 12:23)

It can be tempting at times to give up on God’s
people! They are so imperfect and can be so sinful, yet they are His people.
Samuel had thoroughly warned the Israelites of the dangers in appointing a king
over Israel. Yet they wanted to be like the nations around them, insisting that
they were willing to pay any price. Almost as soon as the people were granted
their desire, they recognized their sin. But it was too late. What was Samuel
to do? They had ignored his warnings. Now they wanted him to continue to
minister to them. It would seem appropriate for Samuel to abandon them and
allow them to suffer the consequences of their actions. Samuel knew, as Jesus
knew, that God sends His servants to the sick, not the healthy (Matt. 9:12).
Samuel did not take the people’s response as a rejection of him but as an
indication of their walk with God. Samuel was serving God, not the Israelites.
When God commanded him to minister to them, he could do nothing else, despite
their resistance to his message.

At times people will not respond as they should to
the message God speaks through you. Don’t become discouraged; it is a
reflection of their relationship with God. You are God’s servant; if Jesus
spent His time with the spiritually needy, you can expect Him to ask you to do
the same. Don’t lose your patience with God’s people. Keep in mind that God
loves them as much as He loves you. 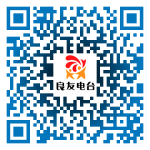